People of the soil 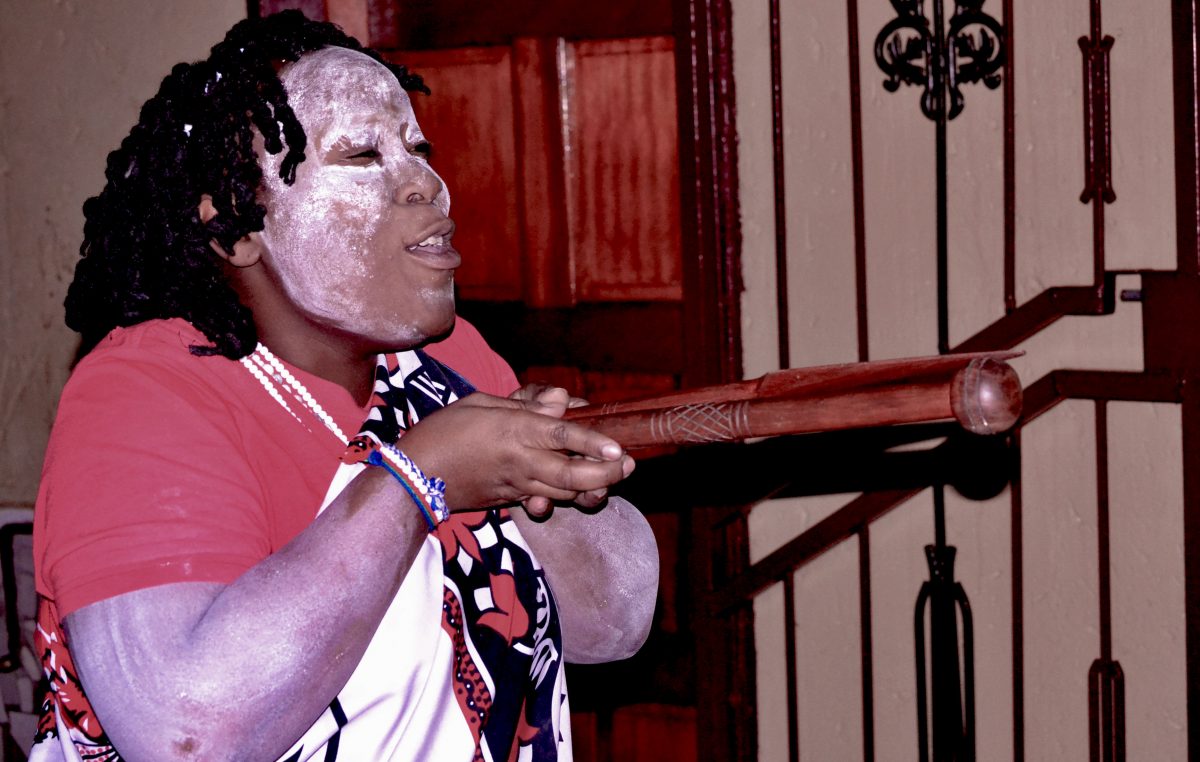 Linking with ancestors: Sangoma initiate singing and dancing for ancestors

Like the most, letsoku is one of the indigenous resources that many people overlook. To some it’s still as purposeful as it has ever been. For centuries, Africans relied on ochre or umchako, in isiZulu, for different reasons. This is the pigment clay-like soil that is usually bought at herbal stores. 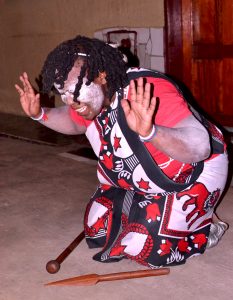 Khehla Half Ngcobo (nee Duduzile Leboko) is a practicing sangoma or traditional healer. She testifies that umchako links her ancestors and her sangoma initiates’, making the communication effective. “The ancestors advise me which ochre to apply because the initiates are different. The white ochre is for initiates with royalty in their blood, and others use red,” she states.

It’s not all users who apply the ochre for spiritual purposes. Nomthandazo Mngomezulu sells live chickens along the Impala Road towards Leratong Hospital in Kagiso. She takes the beating from all kinds of weather: wind, cold, rain and cold. Her redden face tells her apart from other vendors. She hails from Mtubatuba in KwaZulu-Natal. 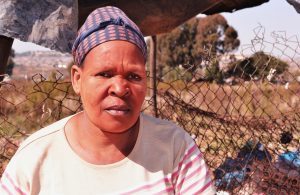 She learned about umchako obomvu from her parents. “My grandmother and mother used it on their face as sunscreen. They worked for long hours in the maize and sugar cane fields. They have never experienced skin problems. I was working with them and also applied the ochre, and have never regretted it,” she boasts.

Both Khehla Half and Nomthandazo agree that ochre also beautifies the skin. Nomthandazo mixes the ochre with pure water and apply it on the face. “There are no side effects because it doesn’t have harmful chemicals,” she adds. 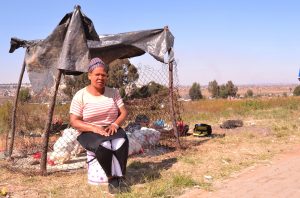 Initiates who go through the rite of passage also use the ochre on their skin. Zulu maidens who are tested for virginity use it too, before going to wash it off at the river as part of the cleansing ceremony. “We need to go back to our traditions,” Nomthandazo finishes.

Ready for the unemployed relief grant