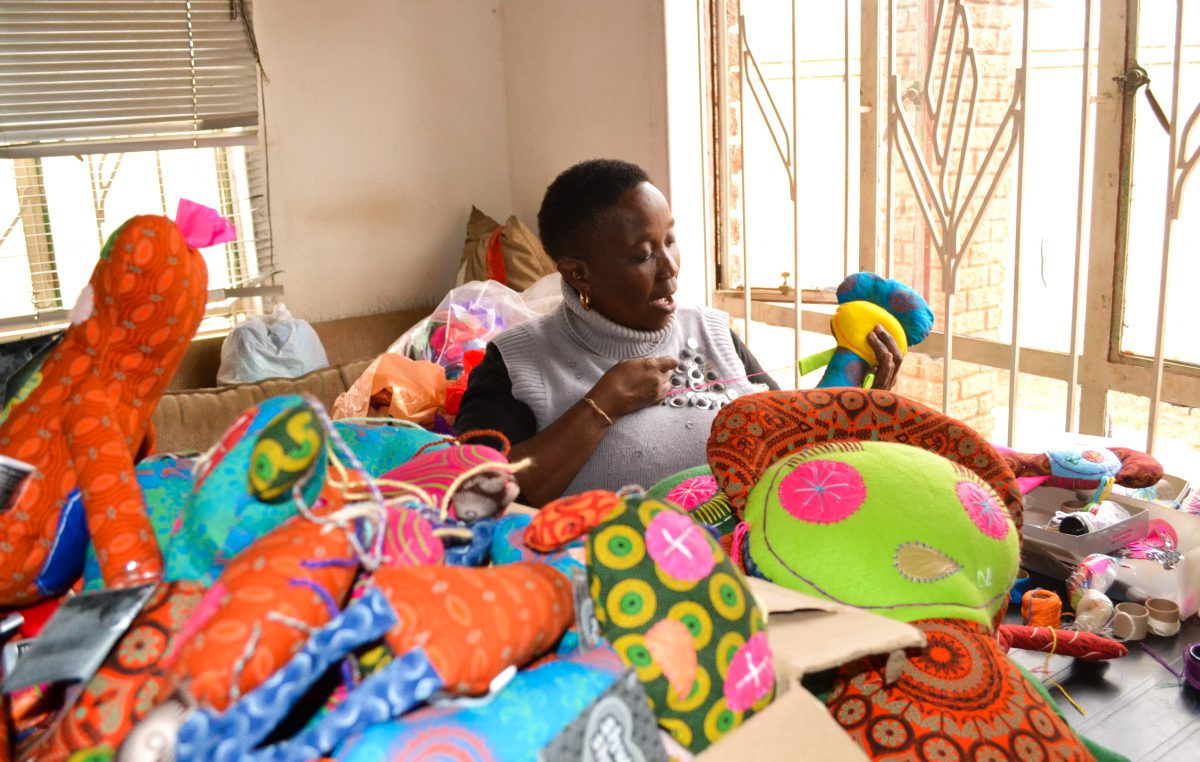 In order: one of the staff members readies the poppis to be shipped

Shwe Shwe Poppis could be one of the best exports from Soweto to hit Europe. The makers of these poppis had shipped thousands of them to gluttonous markets in the west. They braced glossy pages of delicate German Vogue and Cosmopolitan magazines. They also appeared on a three-decade-old American television show, Sewing With Nancy. 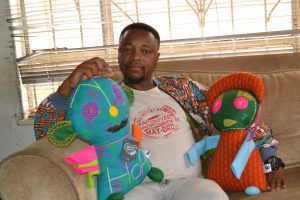 Settled with poppis: Wandile Solombela quit his job as a waiter and fashion designer to focus on the poppis project.

The founder of the Shwe Shwe Project, Wandile Solombela says, in fact, these poppis are designs from crèche children in Zola. “A friend recruited me to teach women how to sew at an NGO, The African Children Feeding Scheme. The children were making a lot of noise. To shoosh them, we gave each a paper and crayons to draw. The noise subsided,” remembers Wandile.

Accidentally, a creative bug hit them after seeing the children drawings. “We randomly chose eight of the drawings and decided to craft them into poppis,” he says. The idea paid off because they were tussling a thought of sewing anything from Soweto to sell overseas.

The poppis are made exclusively with Seshweshwe fabric, which is synonymous with the southern Sotho tribe. 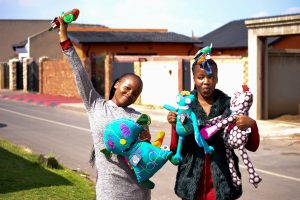 Seventeen old twin Hope and Faith Somagaca giggle childishly when they look at their designs when they were only four years old. Hope retorts, “It surprising how something so small turned out so big. I wanted to rub it, but there was no eraser.”

“I don’t remember much about my drawing. We were still young. It’s surprising that it appeared in magazines overseas,” Faith says.

People behind making the poppis are community women. The oldest is 78 years old. Mme Sesi Kubeka (73) says the activity helps her to banish loneliness. “The money I get helps to fend for my grandchildren.” She says she will quit only when she is sick. “Staying home doing nothing weakens one’s health,” she concludes.

The Shwe Shwe Project has a trust dedicated to seven children whose drawings were transformed into the poppis. “The trust helps with school uniforms and stationery. Anything beyond the children’s school days is yet to be discussed,” Wandile assures.

Wandile, Hope and Faith wish that their craft could one day be elevated into cartoons for television screens.

Ready for the unemployed relief grant